Fourthland began working with the TMO and estate residents in 2008 to transform a series of neglected areas of the Estate into public spaces for growing and meeting. The projects facilitated the cultivation of care and shared culture through a series of collaborative events, planting, making, design and construction. The projects have involved residents from over 12 ethnicities and ages ranging from 1 – 95.

The first project developed in collaboration with residents was the Growing Kitchen garden, behind Napier Court which involved residents in hands on workshops to build and plant the garden, sing songs, cook food together and make a cook book, sharing residents recipes.

The success and joy of this process resulted in further collaborations being initiated by Fourthland and Estate residents including the development of, The Back Garden, behind Wenlock Court.

The shared processes set in motion many other ideas about areas of the Estate and have since lead to many years of exciting projects.

Some of these projects included a wheat field on Napier grove, sown and harvested by residents and school pupils, salad and herbal tea farmers markets in the school grounds and the formation of new growing areas by the Growing Kitchen Resident Group such as the Wenlock Orchard

Timeline over the last few years …

Since these beginnings the projects continue to go from strength to strength becoming independently run by residents and leading to many new possibilities for people and the Estate.

In 2014 the projects won a series of national awards for sustained resident participation, diversity and impact including leading to the TMO winning a national TMO award for involving community.

To find out more about how to get involved and sign up for a growing space contact
fourthlandinfo@gmail.com

More information about these projects can be found at
www.fourthland.co.uk 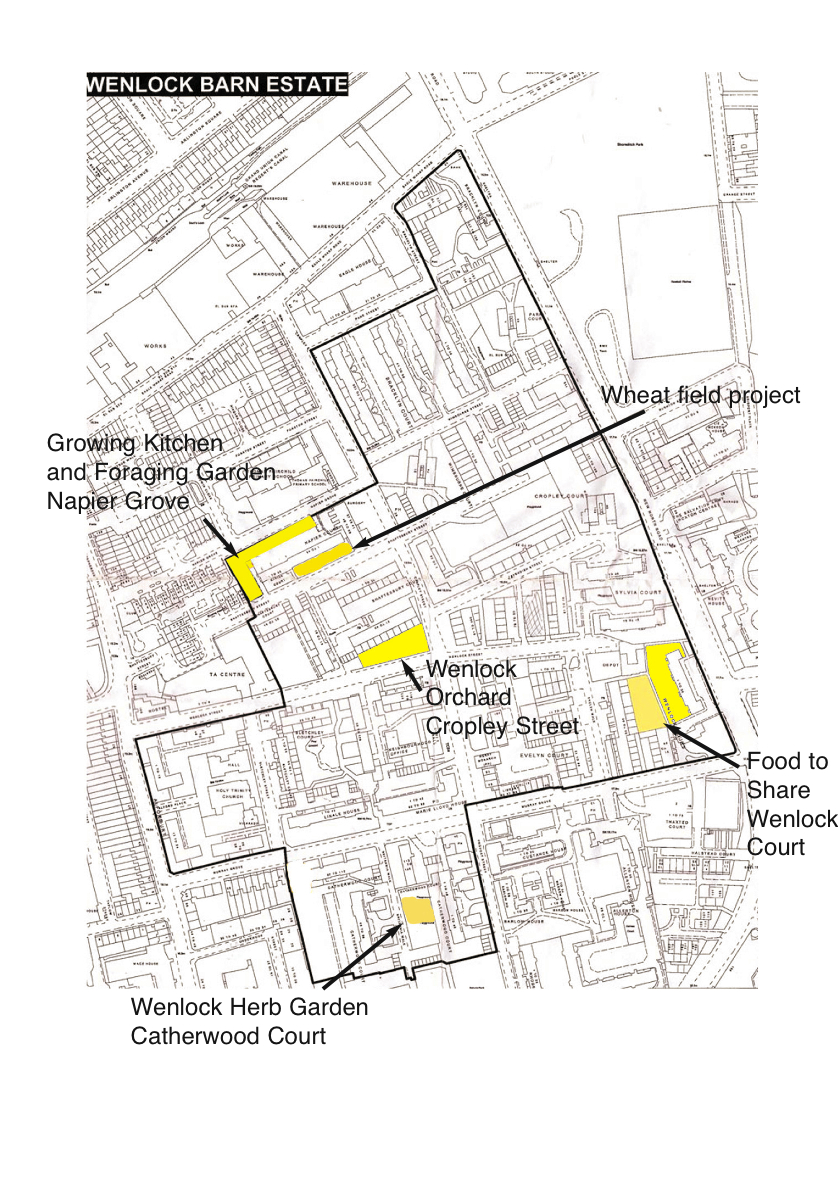